The Student Media Grant from the Center for Conflict and Development at Texas A & M University allowed me to continue a project started in 2016. While I was a volunteer working with The Colombian Campaign to Ban Landmine, I began to document the impact of anti-personnel mines on the Colombian people and the work of civil society to eliminate this threat from the national territory.

Landmines are different from every other weapon. They are not made to kill but to mutilate, to dismember, to generate fear... They are the only weapons activated by the victim. A Wounded Land explored the landmine issue in Colombia and how it affected the local populations and their relationship with the land. The purpose of this photojournalism project was to raise awareness about the collateral damages and long-term effects of war. When we think about the war we usually think about the fronts, but wars are much more complex and affect people in many ways and for many generations after the cessation of hostilities.

The peace agreement has generated new opportunities to clear landmine in the country, in part by improving access to previously inaccessible areas and by increasing funding. Even though it is far from being done, clearing landmines is essential to give back access to the land. It is the baseline for the hope of a collective reparation. The challenges remain great as the country is still unstable due to political polarization and institutional reluctance to implement the peace programs. After the 52-year conflict with the FARC, the accords also left a power vacuum provoking new clashes between armed groups to take over the territories.

To document the impact of landmines on the survivors, I first went to the CIREC Foundation in Bogota during its "brigade" week, wherewith the support of an American organization, it has produced about fifteen prostheses in the space of one week for people who lost a limb due to a mine. I have been impressed by the efficiency of the team but most of all by the resiliency of the survivors, their determination to overcome their condition and re-establish a "normal" life. 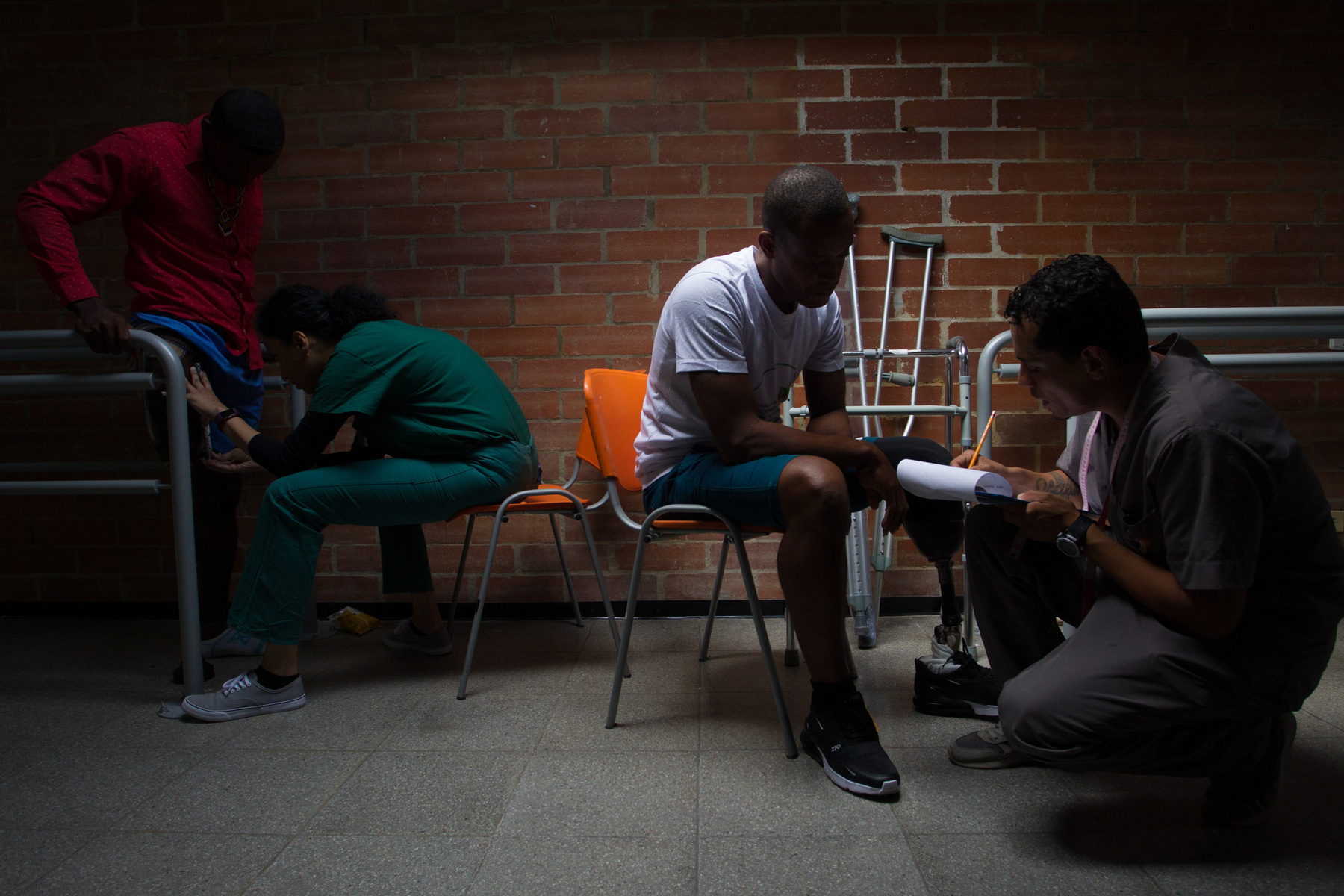 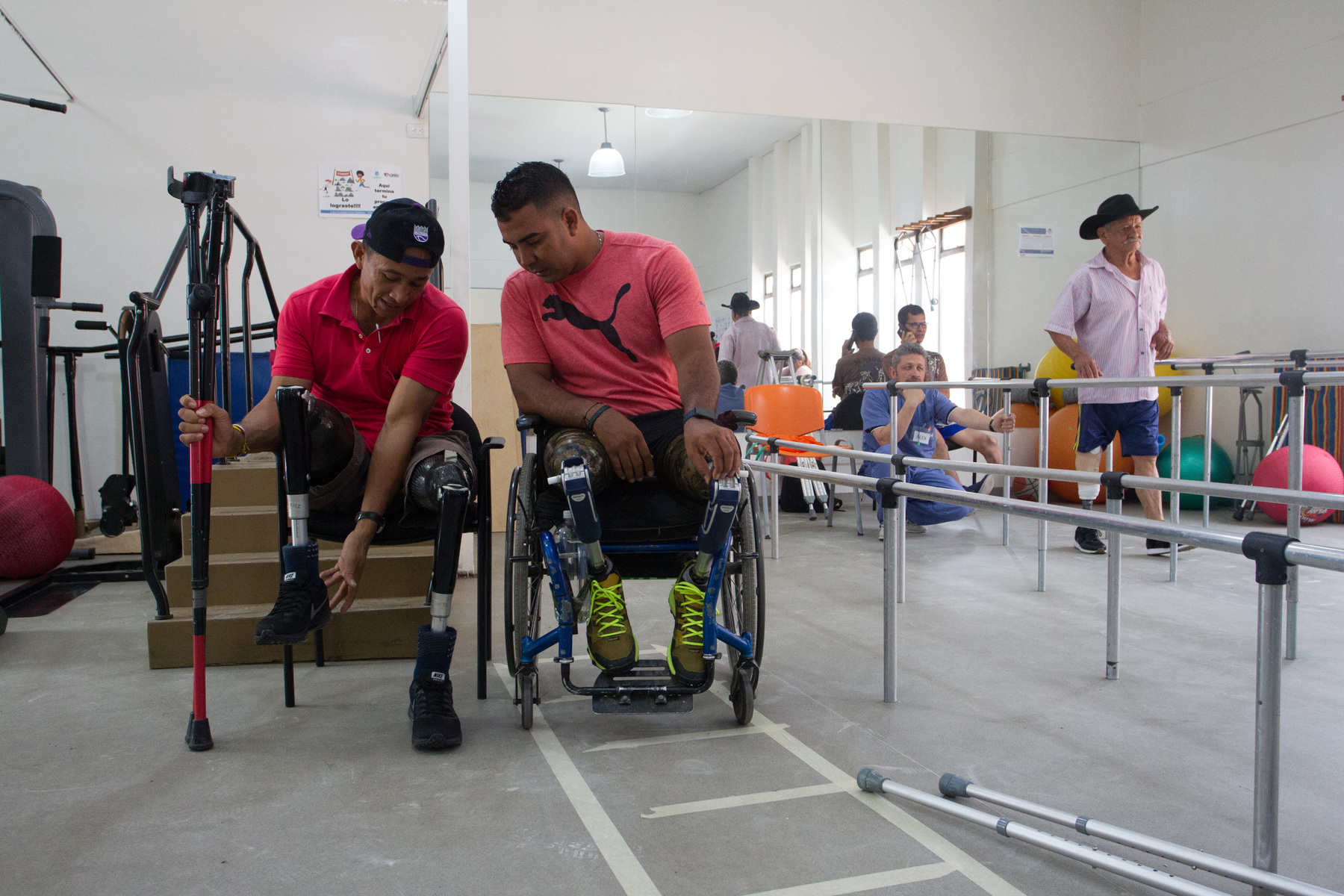 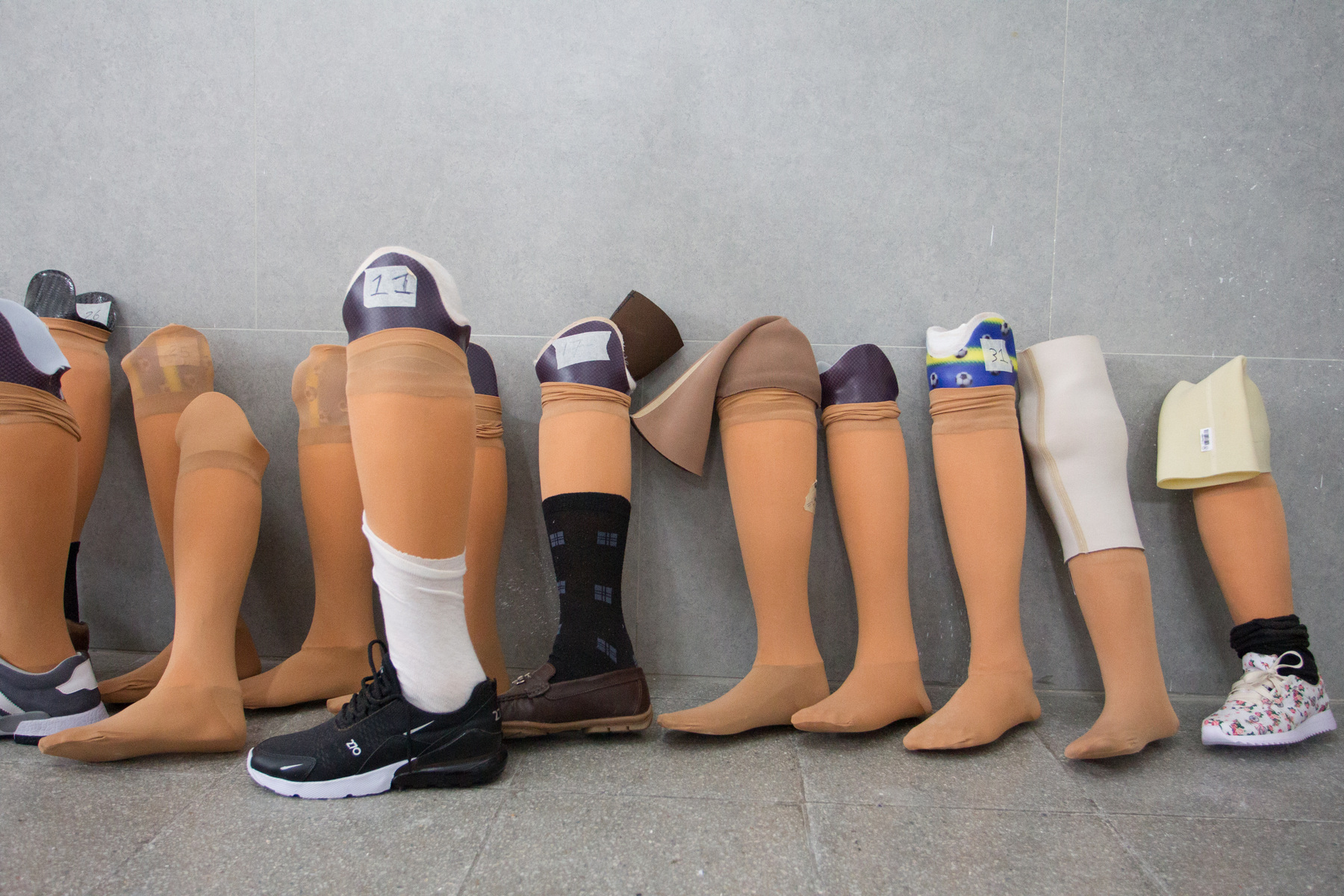 The following week, I went back to the foundation to take pictures of their " Prosthetic Museum ". These prostheses have been recovered by the CIREC foundation during work in the Colombian countryside. They have been made mostly by farmers who do not have the resources necessary to purchase a prosthesis made by professionals in the health sector. They have been handcrafted with recycled materials such as PVC pipes, wood, Coca-Cola bottles etc. If the resourcefulness demonstrated by these prostheses is remarkable, it is particularly the lack of resources and the isolation of people living in rural regions of the country that are the most dramatic. Access to governmental support is a major challenge for a population with little education. Bureaucratic processes are complicated, information is poorly distributed, some organizations even talk about a prosthetic crisis due to the difficulties of obtaining it in Colombia. 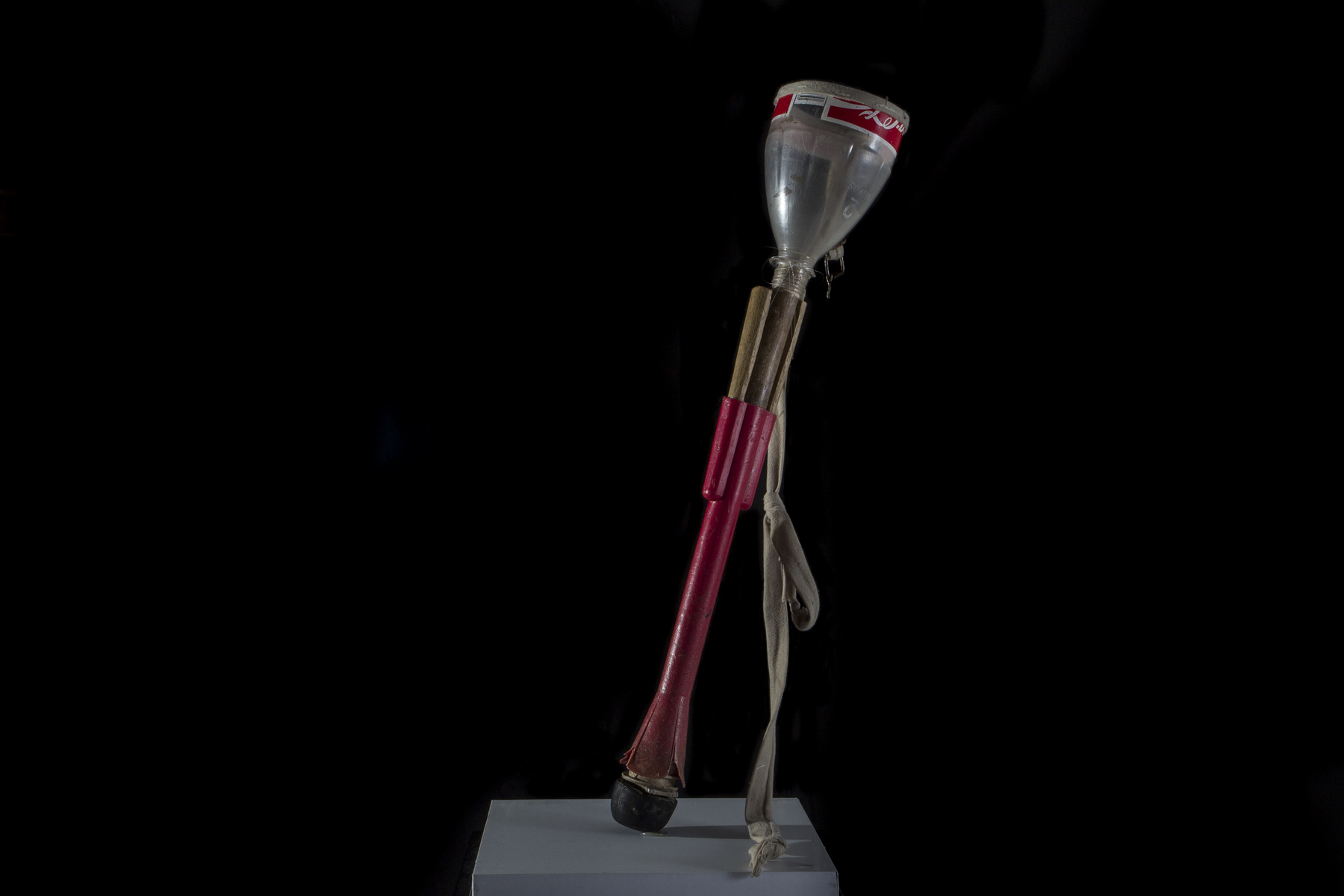 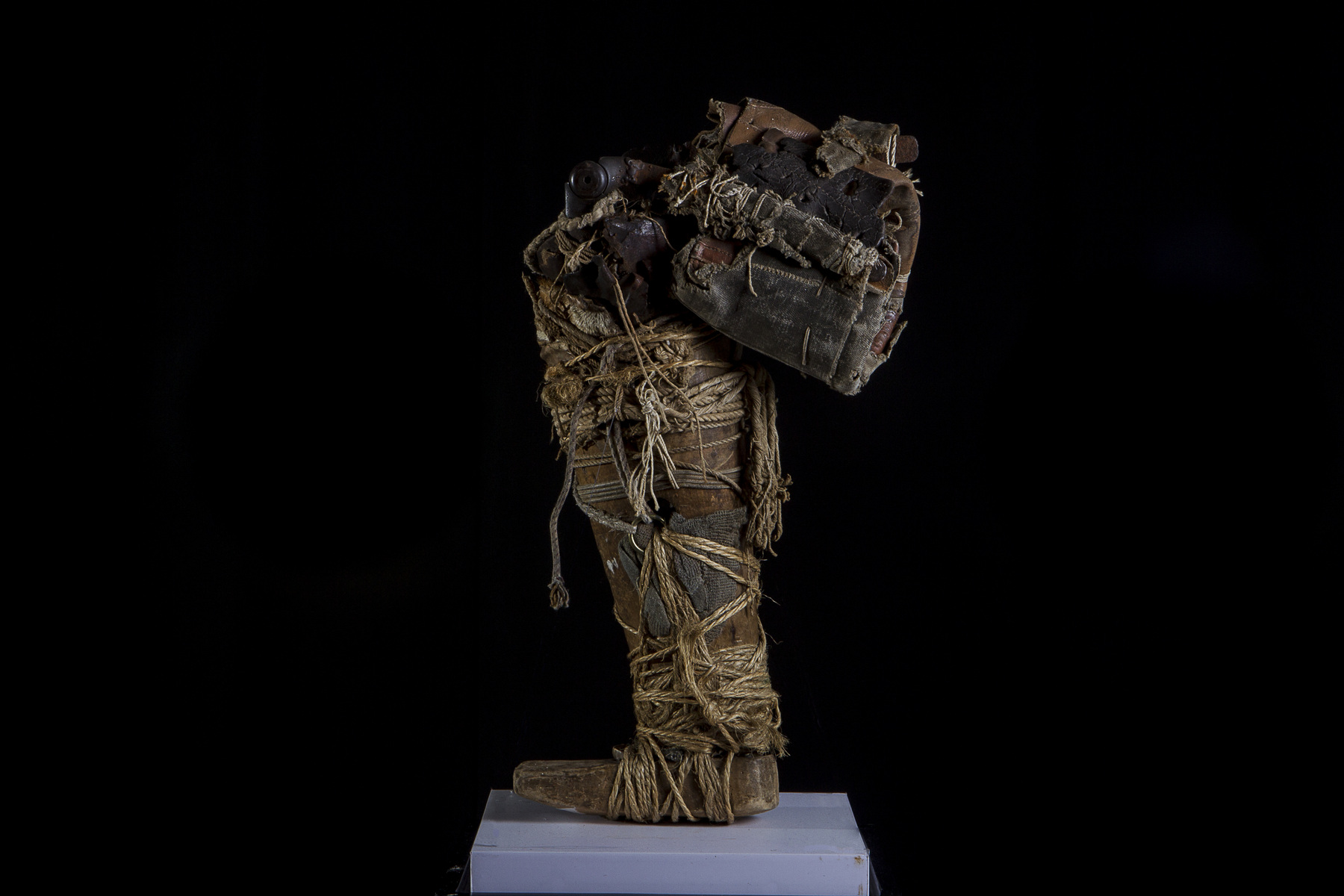 With the journalist Sarah Champagne we then traveled to Algeciras in Huila, the department where the Colombian Campaign to Ban Landmine is demining several sites. There I documented the work of the minesweepers and their day-to-day lives in the "Transilvania" camp atop the mountains. The camp is remote, it was a half-hour hike to get there, no roads go up there. At this altitude, cold, wind, rain and topography complicate operations. Living in small temporary shelters, the deminers work 3 consecutive weeks and then rest for a week. This site has been closed shortly after we visited it. Most of the de-miners were in their early twenties and came from Algeciras. While mine-clearance represents a good work opportunity in a region where job possibilities are very limited, everyone shared with me a deep motivation to make their communities safer and help their people by contributing to positive transformation in Colombia. 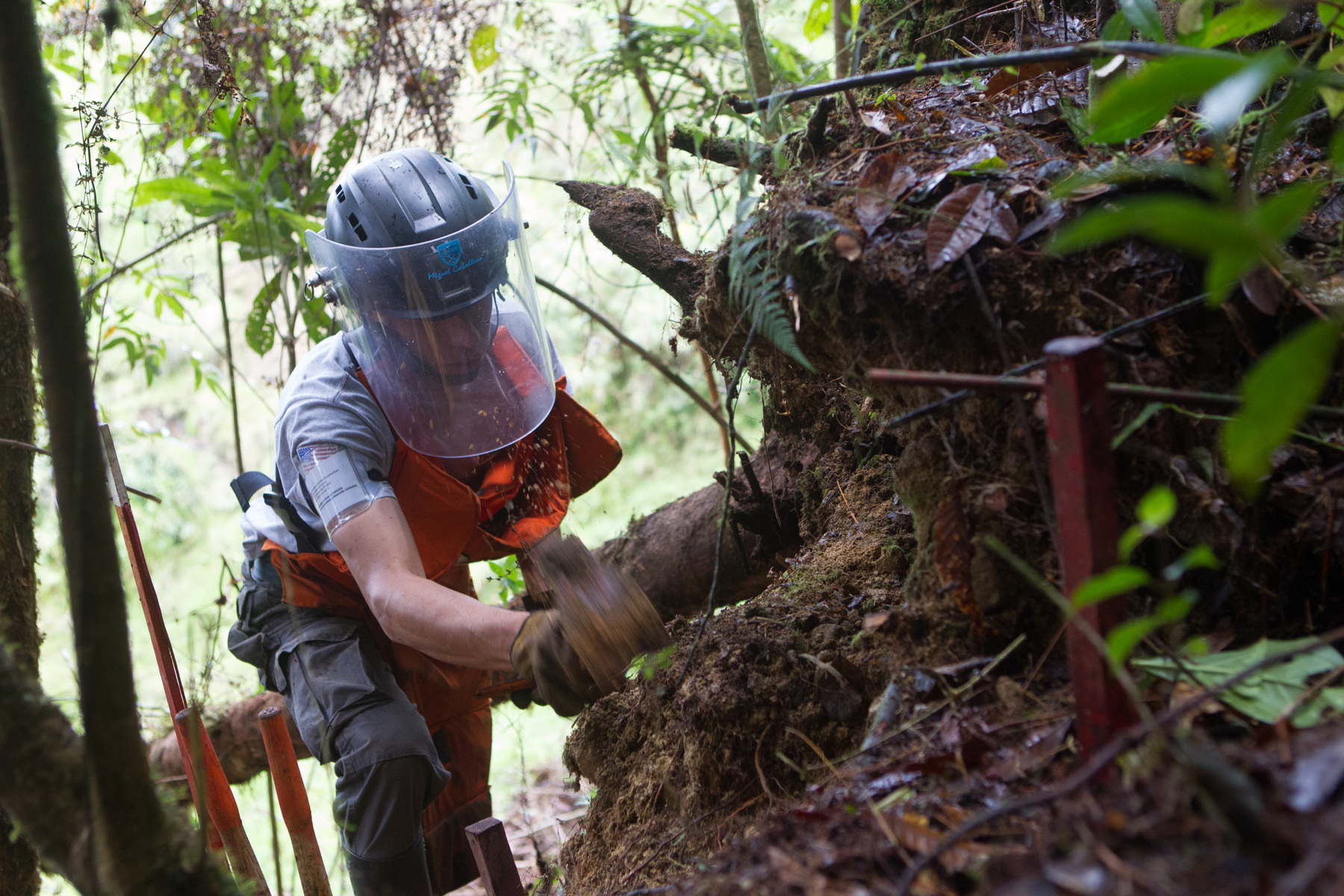 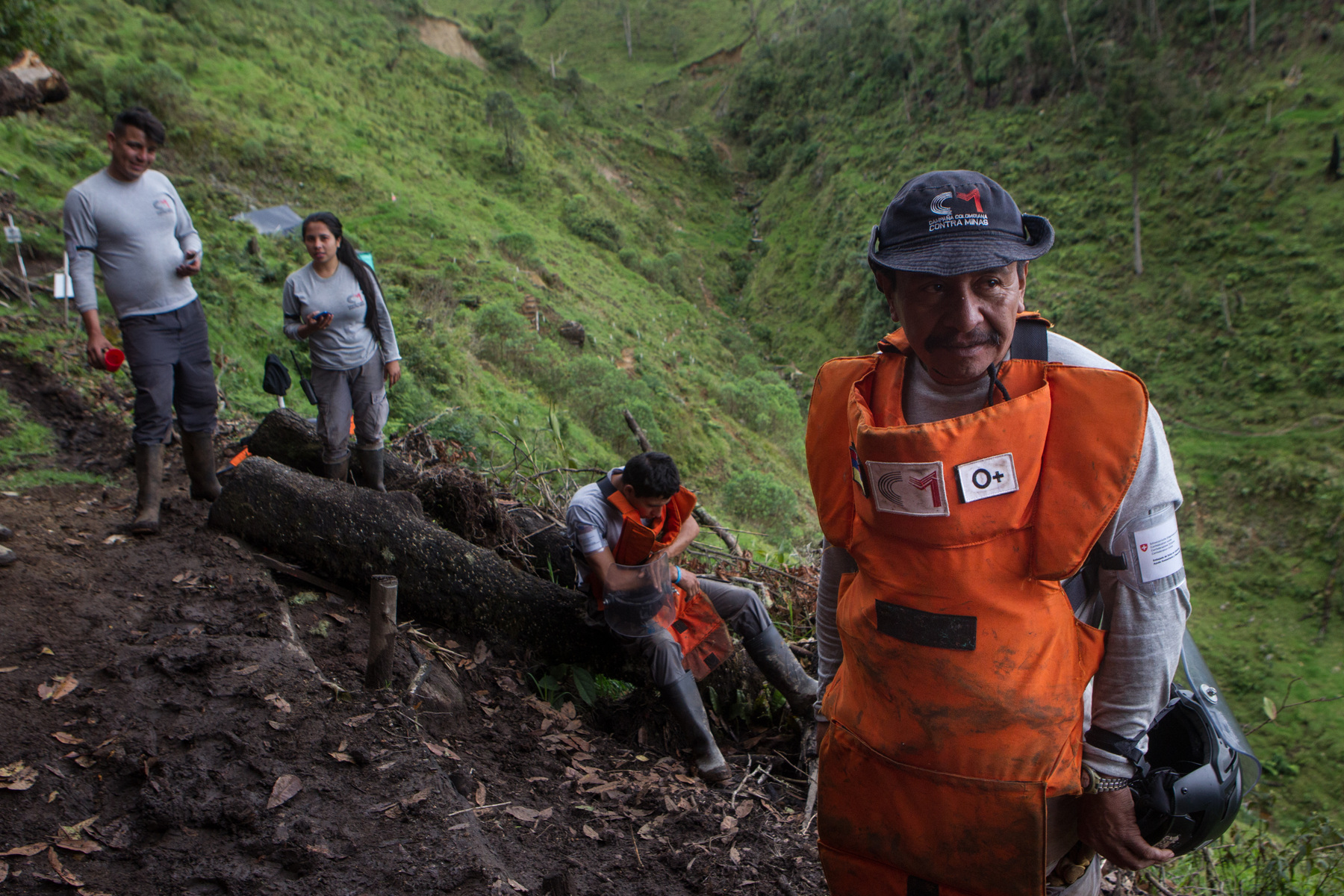 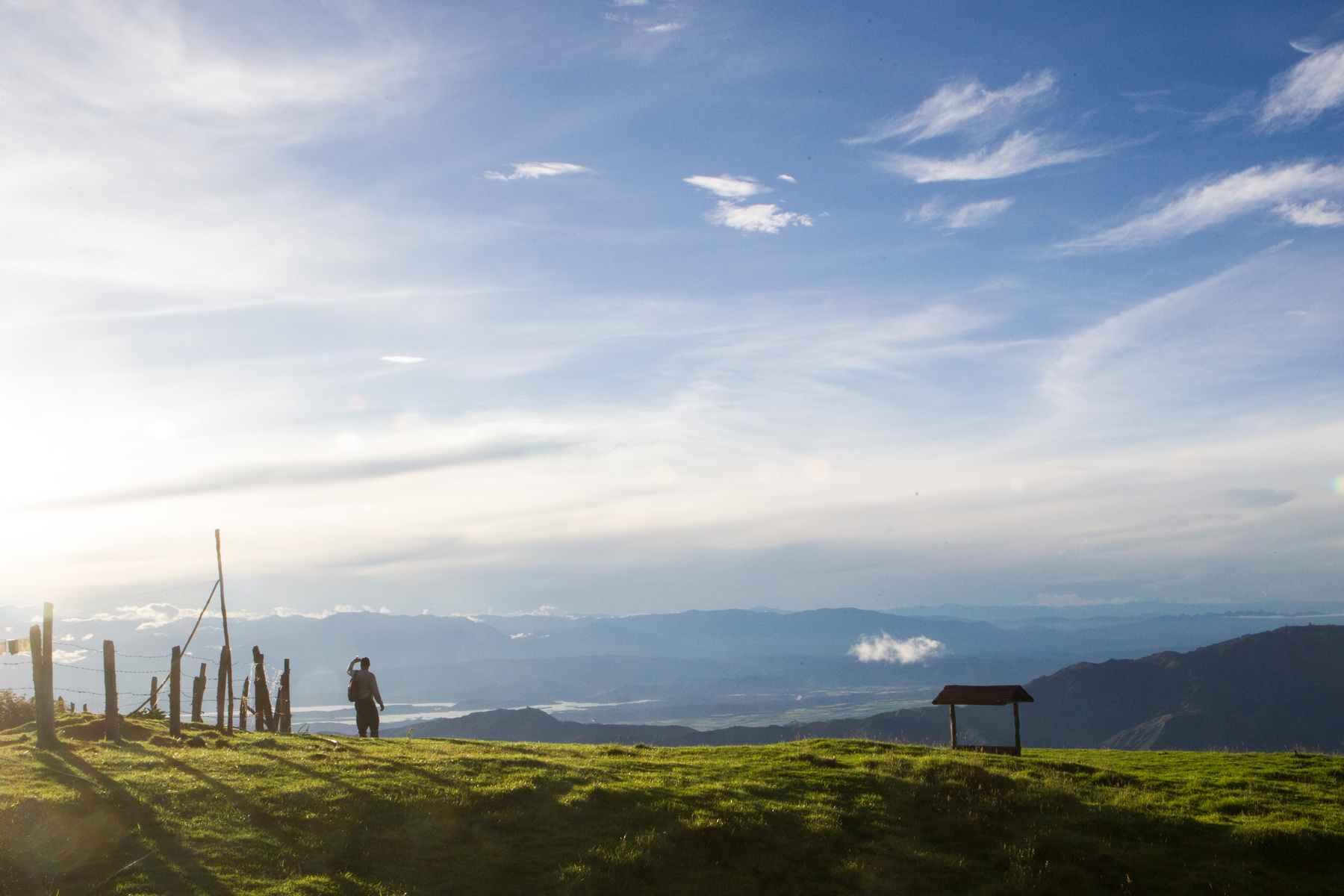 This trip also gave me the opportunity to complete my series of portraits about deminers called Face Shield. The first part of which was exhibited at the Fotografica Bogota 2019 photography festival in May 2019. 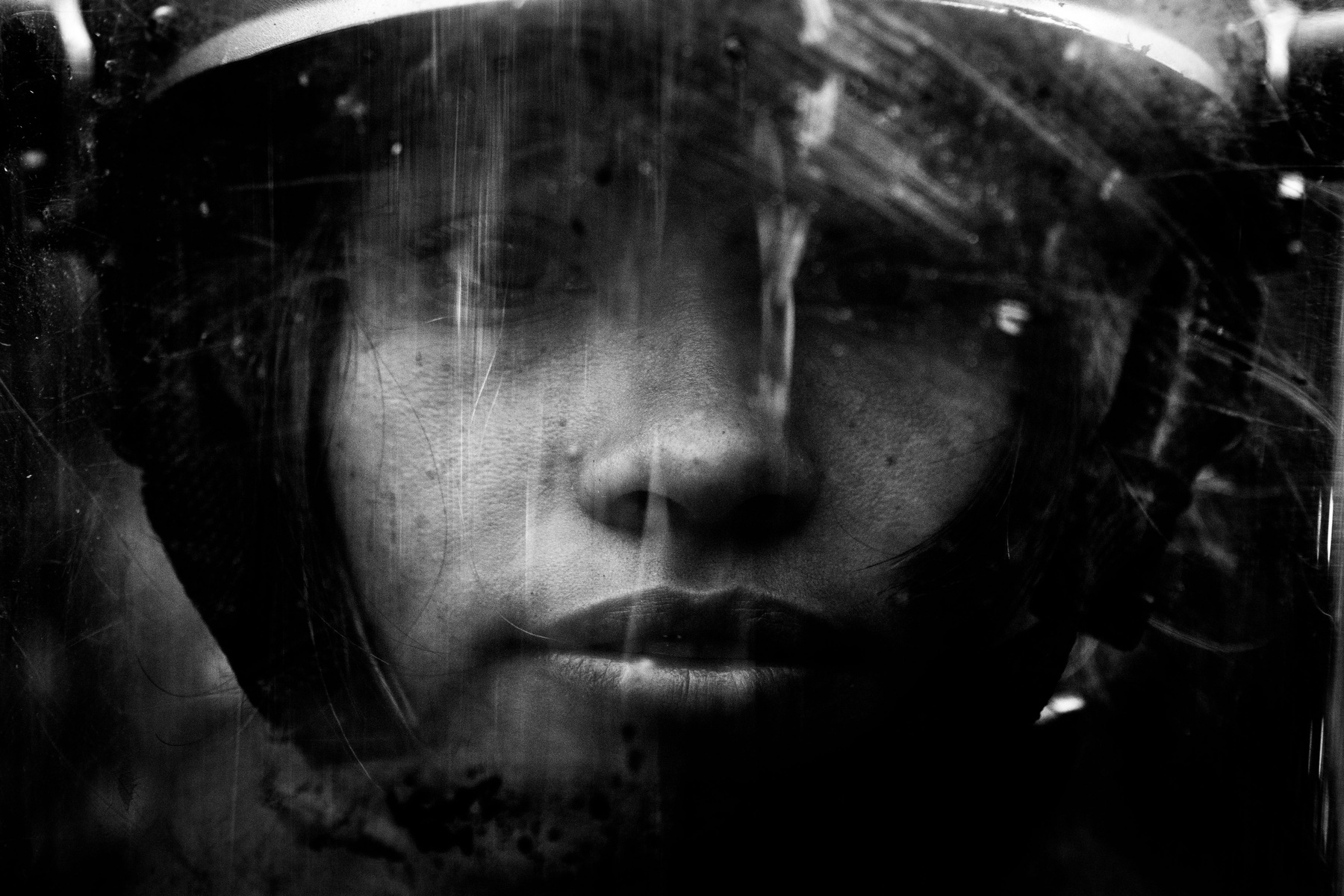 Then I went to Florencia, Caqueta where I planned to document the work of Humanicemos, the humanitarian demining organization founded by FARC members. For various reasons, this part of the work was not possible. So with my co-worker, we oriented our work on the agricultural project organized by the FARC in Agua Bonita where they established a small self-managed village. 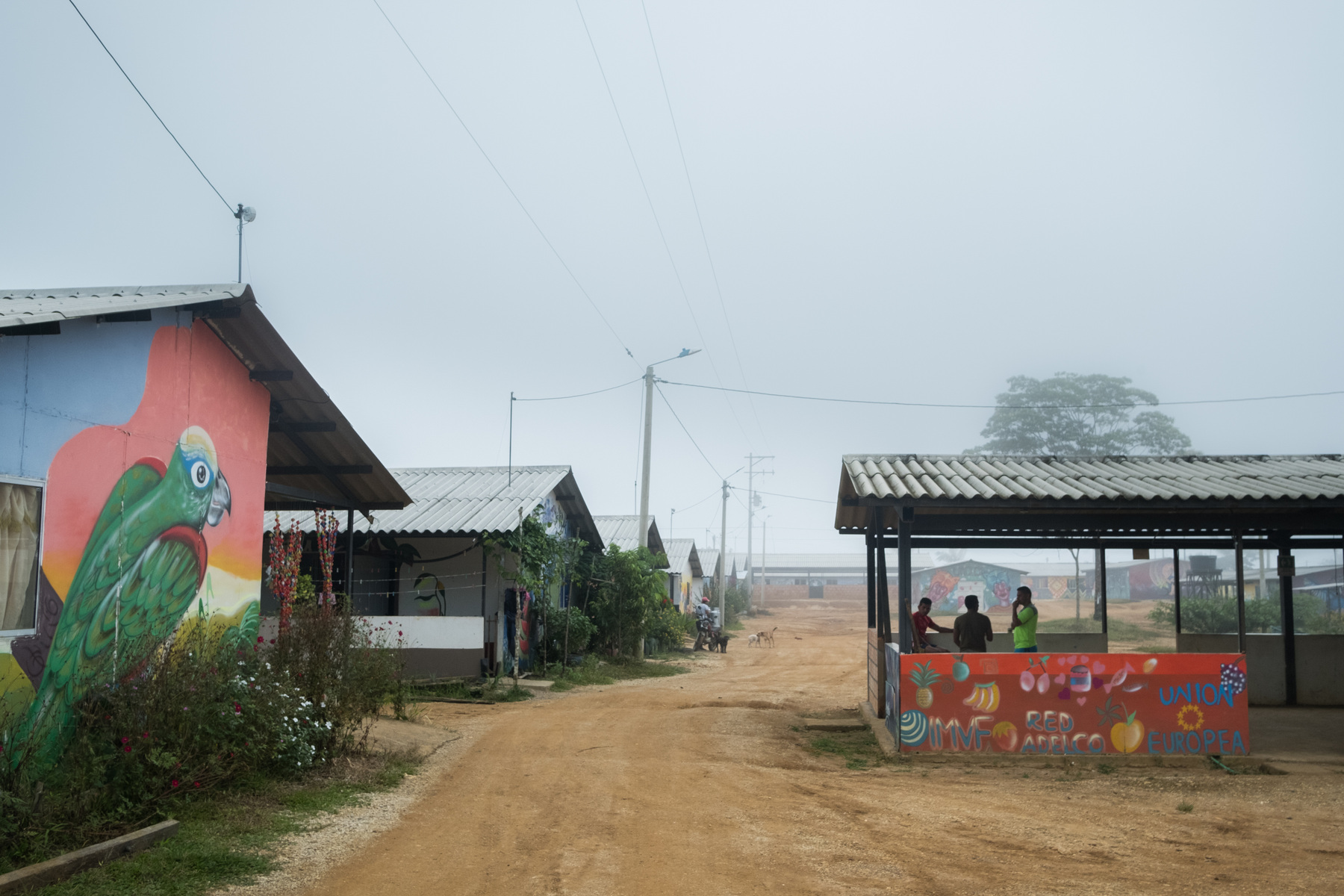 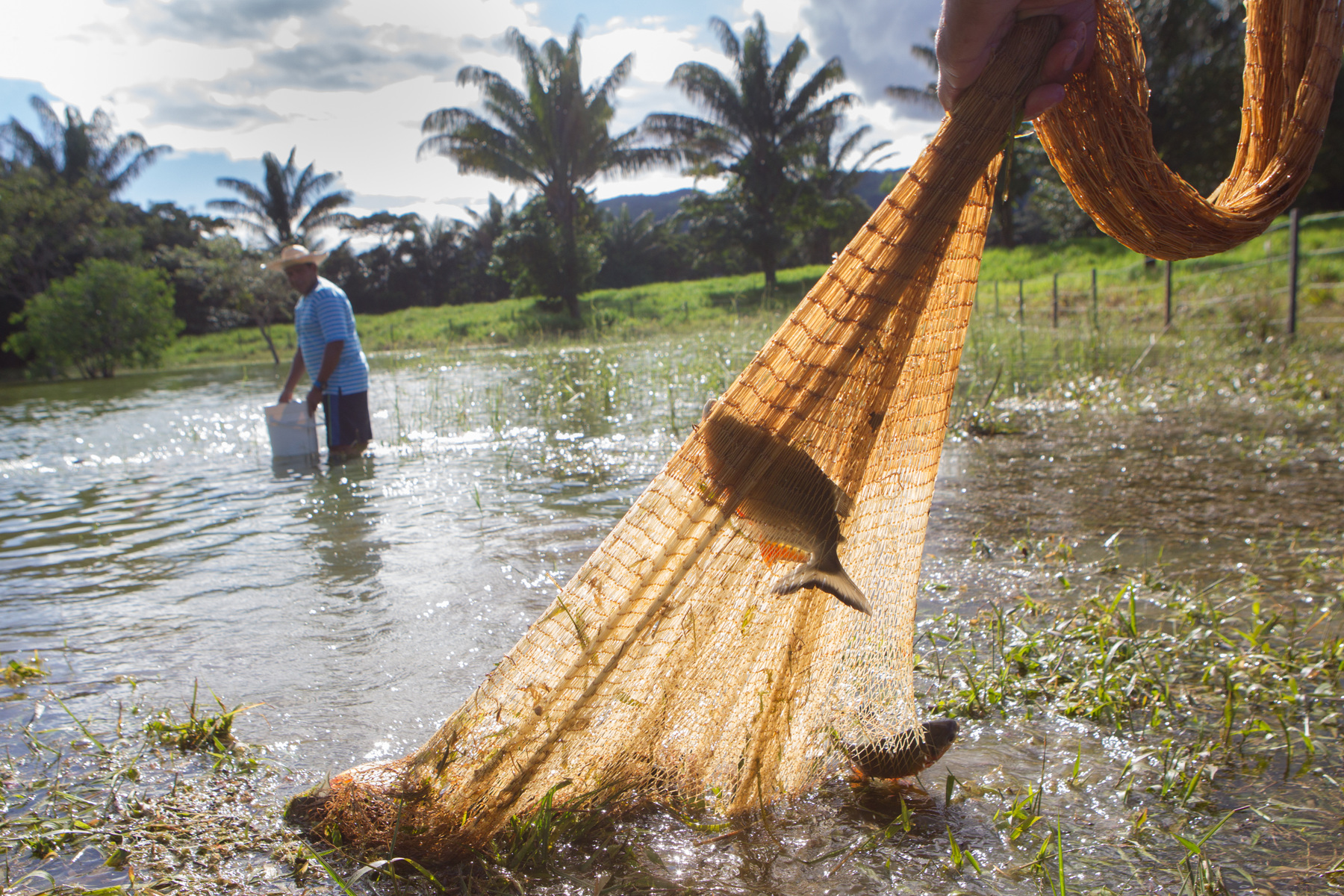 We also met Ferley Vargas, a former FARC who left the organization and converted to journalism. His fascinating story has been published on the website of the Christian Science Monitor.

The article is available here: https://www.csmonitor.com/World/Americas/2019/0906/I-m-shooting-images-instead-of-people.-A-former-guerrilla-changes-his-lens

The item was added to the cart